For online gamblers there are few more reassuring signs of a casino’s reliability than the fact that it has been licensed by the UK Gambling Commission (UKGC) one of the world’s foremost gambling regulators and perhaps the most prestigious. 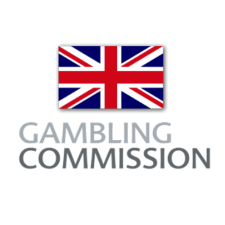 History of the UKGC

The UKGC was created by the Gambling Act of 2005 and took up its full powers two years later, replacing the Gaming Board for Great Britain. It is funded by the UK government’s Department for Culture, Media and Sport and has a wide range of responsibilities including the regulation of arcades, bingo, casinos, slots machine and lotteries.

Its remit was significantly extended in 2014. Prior to this date, it had not been responsible for monitoring and regulating online betting based outside the UK, but instead produced a white list of jurisdictions that were considered reputable.

That changed with the 2014 Gambling (Licensing and Advertising) Act which saw the UKGC become a major player in the online casino regulating industry. The 2014 Act allowed the UK government to tax online gambling operators for any activity generated by players based in the UK, which meant that the UKGC were given the task of deciding which operators would be allowed to advertise to UK players and issuing licences. The UKGC also took on the task of ensuring that licensed operators adhered to the stringent standards of the UKGC license.

One of the reasons for the excellent reputation of the UKGC is the high technical, legal and financial standards that it requires of any operator before they can earn a license. These standards are among the most robust you will find anywhere in the world, which is why the approval of the UKGC on any online casino site is considered a mark of quality.

You can get some idea of how stringently the UKGC administers the online casino market by the sheer amount of evidence that applicants have to provide. Companies applying for a UKGC license have to provide the following paperwork:

- Full details of how the online business will be funded, including supporting evidence

- Three years worth of projections along with supporting assumptions, and, where the business is already operating, audited accounts covering the last three years.

- Details of policies and procedures, including social responsibility policies, anti-money procedures and plans for proceeds of crime issues.

When assessing whether an operator will be granted a UKGC licence, the organisation also considers whether the business is able to fulfil the licensing requirements. To do so, operators have to provide the UKGC with the following information:

- Financial details of everyone involved in the application, including evidence that the company will have access to sufficient resources to meet their licensing obligations.

- Proof that the people making the application are honest and trustworthy

- Evidence of experience and qualifications for running an online casino business

- The UKGC will also carry out a criminal record check on all of the people making the application, to ensure that only respected individuals will be running the company.

In granting licenses, the UKGC does not require operators to be based in a particular location, unlike other jurisdictions such as Malta and Gibraltar, but under the Gambling Act 2005, any company licensed by the UKGC has to provide a UK address. This need not be a head office or registered office, but should be at least a correspondence address, with a consistent staff presence and has to be kept operational throughout the life of the licence.

As you can see, the UKGC lays down some extremely stringent requirements for any operator hoping to gain the much-desired UKGC licence. As a result, licenses tend to be issued only to the online casino industry’s major players. This in itself helps to keep player complaints and disputes to a minimum, though it does not eliminate them completely.

Unlike some other European gambling jurisdictions, the UKGC does not deal with player complaints itself. Instead, it passes them on to an outsourced provider from a list of Alternative Dispute Resolution (ADR) companies. This is significant for online players as different online operators with UKGC licenses can use different ADR services so the way that complaints are dealt with can vary from case to case.

Some players who have used ADR services after complaining about an operator to the UKGC have found that the quality of their treatment fell short of what they had expected, though in theory all ADR companies have to adhere to the same standards. This can effectively mean that the value of using an online casino with a UKGC license is not the same for all players, depending on which casino they opt for. That said, the variance in dispute resolution quality does not ultimately undermine the advantage of choosing a UKGC approved site.

As the online casino gaming market in New Zealand has grown, there have been one or two unscrupulous operators who have attempted to take advantage of players’ enthusiasm for online casino gambling. As a result, players have become more adept at spotting which sites are reputable and which are not, and checking for the site’s license details is one quick and easy way to reassure yourself that the site is fair.

Of all the various gambling jurisdictions, the UK is one of the most stringent and if an online casino operator has been able to meet its rigorous standards, then you can be assured that it is a legitimate operation. For that reason, the UKGC license remains the gold standard for casino companies operating in New Zealand and around the world.