NextGen was set up in 1999 in Australia, but in 2011 became part of the NYX Gaming Group when they merged with NYX. They currently have offices in London, Stockholm and Sydney and provide games to over 70 casinos in 20 languages and currencies. The NYX Gaming Group itself is based in Las Vegas, but regulated by the UK Gambling Commission, one of the world’s most reputable regulatory authorities.

NextGen itself is a relatively small provider of casino games, although their list of clients does include some notable names. They specialise in slots titles and usually offer a small selection of games to each casino they work with, rather than a complete catalogue, so you will often find NextGen games alongside titles produced by other more high profile companies such as Yggdrasil, Play N Go and NetEnt.

The list of casinos that NextGen work with is impressive and includes many of the most popular sites familiar to New Zealand players. One of NextGen’s distinctive features is that they have both software and engineering departments. Their expertise enables them to work with partners to integrate their games so that they run smoothly across platforms.

NextGen have earned a big reputation for the quality of the slots they produce. Their software is easy to adapt, which makes it attractive to online casino operators and their games work well on various platforms, including online, land based, social and mobile, and you will often find the same NextGen slots available to play on social media or for real money.

The key to the success of NextGen’s slots is probably their focus on understanding how casino slots players interact with their games. That has enabled them to produce a string of player-friendly titles. They also aim to produce games that will appeal to an international audience, which makes their roster of titles attractive to casino sites around the world.

As all of NextGen’s games are platform independent, New Zealand gamers who try them out will find that the bonus offerings, banking details and other aspects will vary according to the casino that is carrying the game, but the one thing that remains consistent across all NexGen games, such as Medusa, Mad Monkeys, or X Factor Steps to Stardom is that they are fun to play and feature some notable slots gaming innovations. 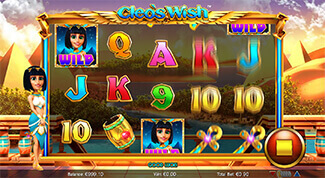 These include the Slide A Wild feature that enables players to control where certain symbols are placed and how they behave, making it possible to determine the volatility of your game play as the influence of the wild symbol changes according to how many are placed. The Select-a-Play feature also offers players the ability to choose the ratio of multipliers to free spins so they can further customise their play.

NextGen have also developed the Dynareel, which incorporates the areas between reels into the game play and the Up Wild feature, in which a wild travels upwards through the reel, leaving more wild symbols in its wake, as well as a Super Bet option that makes it possible for players to have an additional bet that can increase the feature game rewards.

All NextGen games are available in a no-download format through Adobe Flash and the quality of their software is respected throughout the industry. Among their most popular slot games are titles such as Medusa, Dolphin Reef, and The Snake Charmer. Most of their slots titles feature cutting-edge 3D graphics, high quality animations and entertaining sound effects.

One of Next Gen’s most popular titles with New Zealand players is Spin Lab. This is a five reel, twenty-five pay-line video slot with a science theme. The reels are displayed against a bright blue backdrop of electrical circuits and the game incorporates a number of science-related symbols along with smooth game-play and bonus-heavy features.

Whereas some software providers build their reputation through churning out a steady stream of games, NextGen has focused on quality and innovation to great effect. Their workforce of over 50 is smaller than many of their rivals, but their team of experts is focused on creativity and coming up with innovative game ideas, while ensuring that the safety, security and fairness of all NextGen games meets modern standards.

By encouraging their team to think outside the box, they have been able to build a reputation as one of the industry’s most inventive companies. They even have a department called the Game Innovation Team, dedicated to coming up with new game ideas and fresh ways to enhance the playing experience for all online casino gamers.

This consistent focus on innovation was rewarded in 2014 when the NYX Gaming Group were given a special achievement award by EGR magazine. The award was in recognition of their forward thinking and their influential impact on the games industry.

New Zealand online casino players may not be as familiar with NextGen as they are with some of the industry’s more high profile software developers, but NextGen games are featured at most of the popular online casino sites and, as a pioneer of platform-independent slots games and a range of bonus features, NextGen have had a major influence on the online gaming industry, helping to promote high quality presentation and player-friendly game-play and improving the online casino experience for everyone.