Flutter closing in on acquisition of Sisal 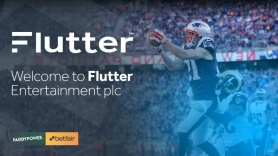 Having agreed to the deal at the end of last year, major online gambling group, Flutter Entertainment is close to securing the acquisition of Italian sportsbook brand Sisal.

With the takeover now upgraded to a ‘buy’, Deutsche Bank has said that this will bring a number of benefits to the group.

Totalling £1.6 billion, this deal is being viewed as a major value-enhancer for Flutter Entertainment as it looks to add further assets to its company, while also moving into a major European market.

Deutsche Bank also believes that this is a sensible deal because it will allow Flutter to further diversify away from the UK market, where there are currently a number of regulatory uncertainties in terms of what they may or may not be able to do in the future.

This latest deal will add another considerable string to Flutter’s bow, in addition to allowing it to enter a market which is yet to really mature. The operator group has some of the biggest household names in the industry, with SkyBet, PaddyPower and Betfair all regarded as the key digital sportsbooks in the UK and various European markets. In addition, its recent acquisition of online bingo brand Tombola has allowed it to further diversify its offering and move into another niche of the industry.

Arguably one of the biggest feathers in its cap, is its US brand FanDuel, which is currently leading the way in the majority of US states and looks set to conquer the US market over the next few years. This is impressive, considering a stiff challenge from the likes of DraftKings and BetMGM, a joint venture between MGM Resorts International and UK rival group Entain.

However, the capture of Sisal will provide Flutter with a lot of opportunities to turn it into the biggest sportsbook and online casino in Italy, which has witnessed a considerable rise in participation over the last couple of years.

Its biggest challenger in the country is Milan-based SNAI, which has been established for the last few decades and is regarded as a household name. Despite this, Flutter feels that with the expertise behind it, Sisal can be transformed into the strongest sportsbook in Italy.

As a result, it will hope to integrate a number of products from its existing brands, which are currently flourishing in the UK market right now, particularly on the sports betting side.

One area where Flutter can get an immediate advantage in the Italian market is by securing sponsorship deals for Sisal, potentially with a number of major football clubs in the country, which can help to increase brand presence and ultimately, registrations.

In addition, the expertise that it has at its disposal, from a marketing and promotional point of view, a swift rebrand of Sisal, could lead to more attractive acquisition offers, especially considering the millions that it has in backing in order to achieve this.

Written for onlinecasinosrealmoney.co.nz by Adiela de Bruyn on 15-07-2022