Betway to launch in Bulgaria after expanding East 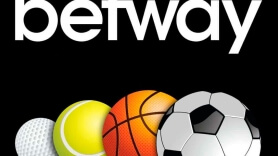 Super Group-owned firm Betway has continued in its growth plans for the brand, by launching in the Eastern European regulated market of Bulgaria.

Having been granted a license by the National Revenue Agency (NRA), Betway subsequently launched its site which is already starting to gain traction in the country.

Betway has a very respectable record in Europe, with this being the 12th country that it has launched in, having previously been granted licenses in the UK, Ireland, Malta, Italy, Germany, Spain, Portugal and Belgium in addition to a number of others.

Over the last 12 months, the online gambling firm has made serious signals of intent to really make a mark in Eastern Europe and it has since been granted a license to operate in Poland by the country’s Ministry of Finance.

While they are yet to launch in the Polish market, its parent company, Super Group has since agreed to terms on a merger with its US SPAC partner, Sports Entertainment Acquisition Corp. With this having been finalised in January, this helped to pave the way for a listing on the NYSE (New York Stock Exchange) which meant that it secured its target valuation of in excess of $4.7 billion.

Such an achievement was created due to the prospectus that Super Group sent to investors on the NYSE, which underlined the rapidity of generating positive revenue in each of the regulated markets that which it operates in.

What does this development mean for the Bulgarian market?

There are indicators that Bulgaria is the market with the largest potential for growth in Eastern Europe, according to Mark Chakravati from the brand SportingWin, with the firm’s Head of Investment, predicting annual industry growth of 20 per cent.

In 2019, Statista reported that Bulgaria recorded annual revenue of over USD$100 million in the online sports betting vertical, with significant growth predicted for 2025. The latest figures indicate that the country is on course to achieve this.

The availability of more devices in the country has also led to an increase in online gambling participation, with a substantial number of people now using smartphones for their iGaming experience.

Bulgaria isn’t the first regulated European country in the region to witness an explosion in the number of people taking part in online gambling after Greece recently passed legislation and subsequently saw online casino membership rise.

Meanwhile, in December last year, Bulgarian online casino provider, Silverback Gaming was acquired by US gaming supplier GAN, having only been founded in 2019 - a significant coup for the market, in terms of its status in the global rankings.

There is certainly a vast amount of industry talent in Bulgaria as well, while it has increased the number of software providers and affiliate programs that are currently available to its residents.

An increase in the rise of indie gaming studios in the country that is focused on creating niche games for casinos in the industry has also helped to position Bulgaria as somewhat of a specialist market for these types of slots.

Over the next few years, it will be particularly interesting to see how the Bulgarian market matures and how its status is going to grow in the region. How much of an impact that Betway has on this and what its plans are certainly is going to be fascinating.

Written for onlinecasinosrealmoney.co.nz by Adiela de Bruyn on 04-04-2022