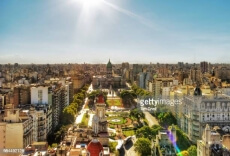 Following the launch of online gambling in two Argentine provinces, it has led to multiple foreign operators being granted approval to offer their products and services to local customers.

The two provinces in question include Ciudad Autónoma de Buenos Aires and Provincia de Buenos Aires, which are considered the main areas of the Argentine capital and certainly two which have a lot of potential, in terms of revenue.

Under the terms of the launch, it means that customers can access the full suite of what Bet365 has to offer, including the operator’s proprietary technology, plus slots and games from a wide range of the top software and content providers.

Widely considered as one of the most highly regarded online sportsbooks, Bet365 has well in excess of 63 million customers worldwide across a plethora of markets. Argentina and by extension, South America is believed to be one of the next big ones to watch.

A spokesperson for Bet365 outlined the importance of the operator’s presence in Argentina, indicating that the region of Buenos Aires has such a thriving sports community with a highly passionate fanbase. The almost unrivalled customer experience that Bet365 can offer to the Argentine market means that Bet365 could swiftly become the leading choice in the region.

The operator, founded in Stoke-on-Trent, England is not the only foreign brand to gain access to this hugely potent market though. In addition to Bet365, among others, customers can choose from Codere Online, Bplay and Betsson, while others are likely to apply for licenses over the next 12 months.

One of the advantages of Bet365 is that it has a large amount of infrastructure in place to cater for the Argentine market, especially from a customer service perspective. Essentially it means that it can hit the ground running and the brand’s experience in global markets should make the implementation relatively seamless.

Already with a Spanish-speaking customer service team in place, due to their presence in other Latin American countries, any problems that arise can be dealt with efficiently.

It is widely predicted that the Argentine capital will become a key hotspot for online gambling and sports betting over the next few years, especially when considering the potential in terms of revenue growth.

Buenos Aires is considered separate in terms of jurisdictions compared to the rest of Argentina, however, the growth possibilities for a company like Bet365 is significant. The company was able to gain access via licenses courtesy of the Provincial Institute of Lottery and Casinos and the Loteria de la Ciudad.

What is perhaps the most attractive selling point of Bet365 for customers is the wide range of markets that customers can enjoy - football particularly is one that has been very well developed.

Indeed, Bet365 were the first operator to launch live and in-play betting, while they also stream over 600,000 live events every year to customers around the world.

One area that the company might look to utilise in terms of helping growth and exposure is via the commercial sponsorship model. As a result, securing partnerships with local football clubs can have many mutual benefits, but also provide the springboard for rapid growth.


Written for onlinecasinosrealmoney.co.nz by Adiela de Bruyn on 21-02-2022