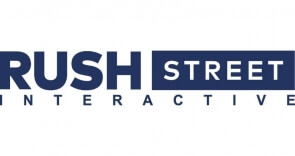 It has been quite a year for the burgeoning North American online gambling industry. In addition to a number of new states being approved with new legislation in the form of bills being passed to offer online gambling and online sports betting, there has been a flurry of other activity in this market.

As well as a number of mergers and acquisitions by casino resorts adding reputable online global brands to their portfolio, US online behemoth Rush Street Interactive has secured a clean sweep of accolades at the 2021 EGR North American iGaming Awards.

Based in Chicago, whose state Illinois is reported to be in line to secure an online gaming license at some point this year, Rush Street Interactive has steadily built a reputation for itself over the last couple of years as being a major US brand in the industry.

Launched in 2016, the company established its first brand, PlaySugarHouse in the state of New Jersey which is an online gambling platform, while two years later (2018), they added a fully licensed online sportsbook for customers.

They also became the first US online gambling firm to offer a fully licensed online gaming sportsbook in Latin America.

A Hatrick of Awards

At the latest ceremony, Rush Street Interactive received three different prestigious awards, which is a considerable achievement due to the fact that the company only launched five years ago.

The first one was for Casino Operator of the Year, with the company judged on a number of areas. This includes the growth and commercial success, the rate at which they have been able to retain players, as well as its ability to differentiate in the marketplace, being able to constantly innovate new products for its customers. As a result of this, it saw revenues increase considerably against their rivals and another of these reasons could have been because of the fact that it develops all of its casino technology in house.

In addition to this, the company also won the Customer Services Operator of the Year award in the North American market, exemplifying its commitment to making sure that players receive a quality and highly responsive experience. This also speaks volumes to how good the training is that its employees receive and their ability to resolve customer’s problems quickly and effectively. They were aided in this award by the feedback that players left in terms of reviews, with them scoring a significantly high success rate among their competitors.

Finally, Rush Street Interactive also won the Social Gaming Operator of the Year award, with this being based on the company’s ability to attract players to its wide portfolio of social gaming products which additionally helped to increase revenues, but also visits to their site.

President of Rush Street Interactive, Richard Schwartz was particularly keen to highlight the excellent work of his employees at the company, emphasising that it was a huge team effort from everyone involved. He also paid tribute to the talent and quality of the innovation that was so important in making sure that from a product differentiation perspective, Rush Street Interactive could provide players with something different from their rivals and help them to stand out in a market that will only grow further in the future.

Should an online gaming license be granted to the state of Illinois, Rush Street Interactive is ideally placed to provide its residents with an online gambling brand of similar quality, while there are also endless marketing possibilities.

Written for onlinecasinosrealmoney.co.nz by Adiela de Bruyn on 15-06-2021