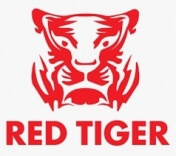 It has been some journey for one of the online gambling industry’s youngest software providers. Having only launched in 2014, this is a company whose reputation has swiftly risen in the industry and they boast a wealth of expertise.

Such growth is particularly significant in this specific niche and highly profitable sector. While Red Tiger Gaming is known for creating innovative slots and games, their most recent venture has marked the extent of their ambition.

Partnering with Danish casino and notable brand Tivoli, they have created an online iGaming site in one of the fastest-growing European marketplaces, with the deal giving Tivoli access to over 100 certified games from Red Tiger’s multi-award winning portfolio of titles, and these include Megaways, Mystery Reels, Dynamite Riches, Piggy Riches and many more.

This latest development follows an exciting year for Red Tiger, who were acquired by mammoth software provider NetEnt in 2019 in a deal worth in excess of $271 million. The injection of capital allowed this boutique slots provider to concentrate on creating more niche games in order to appeal to casinos such as Tivoli.

It has been somewhat of a landmark year for the Danish online gambling market, which witnessed considerable growth during 2019 due to the launch of a number of online casinos. According to Danish regulator Spillemyndigheden, the online casino segment gross gaming revenue (GGR) increased 8.1 percent to 2.33 billion Danish Krone in 2019 and was the only market segment that reported an annual revenue increase for that year.

Meanwhile, mobile gaming contributed 49.7 percent during 2019 with forecasts predicting that this figure would continue to rise rapidly over the next few years. This is good news for Red Tiger, who specialise in creating highly optimised mobile slots across a number of different devices, while Tivoli represents the ideal online casino to raise their awareness and profile.

Slots were responsible for 72.2 percent of the GGR which was significantly higher than for online table games, roulette (10.4 percent), and blackjack (8.3 percent)  which gives some insight into how this can further benefit Red Tiger as they look to make further inroads into the European online gambling market.

Denmark itself provides players with in excess of 1000 different online casinos to use, such is the ever-increasing demand in one of Europe’s strongest and most robust economies, with levels of disposable income considerably higher than the majority of its neighbouring countries.

Just the beginning for the Red Tiger brand?

Despite having been acquired by NetEnt, the brand continues to operate as it did before, at least from a day-to-day perspective, though with the backing of a reputable name. As such, this has provided them with a platform for expansion into Europe, launching such moves from their bases in Malta, Bulgaria, and the Isle of Man with a 170+ strong workforce.

One of their unique selling points is that they have some of the brightest mathematicians in the industry at their disposal, following a similar philosophy as Playtech founder Teddy Sagi when he launched the software giant over two decades earlier.

This is arguably one of the strongest elements of a software developer and as a result, you can really tell the difference in the quality of their slots and games. It is also one of the reasons for the company’s rapid growth in just six years - almost unprecedented in this industry, though they were also under the stewardship of a highly experienced founding team.

A move into the Danish market is not only ambitious but also savvy from Red Tiger. While much of the focus appears to be on what will happen in the US over the next couple of years, Red Tiger has taken a different, more strategic approach, identifying a market that has a huge amount of potential for growth.

It could also unlock moves into other Baltic regions that have just as much potential such as Estonia and Lithuania, both of which represent interesting prospects and are just as economically stable from an online gambling perspective.

Written for onlinecasinosrealmoney.co.nz by Adiela de Bruyn on 29-11-2020