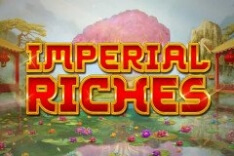 Royal Panda is starting the month of April with a bang with the latest reveal of its new promotion and new games to play. If you’re a regular customer of the casino, perhaps you’ve noticed the release of a new promotion and the availability of four exciting slots to play. These games are Golden Lotus, Imperial Riches, Twin Happiness, and Dragons Luck Megaways.

To rekindle the passion of players for these games, Royal Panda announced a promotion last week, the ‘Quest of Phoenix’ promotion where customers can play to win special rewards including free spins. The promotion ended last April 5 and we’re just waiting for the results of the campaign.

A Look at the Four Exciting Slots to Play

Just like in many campaigns, Royal Panda guides players to some of the most colorful and exciting to play in the platform. And in the recently ended campaign, the online casino reminds players that there are four popular slots just waiting to be enjoyed: the Golden Lotus, the Imperial Riches, Twin Happiness, and Dragons Luck Megaways.

This game allows you to earn one bonus spin for every free spin symbol, which shows up during the free spin. The symbols include wilds and magic petals. During the bonus play, the wilds will be automatically locked for free spins. The lock is also functional for 10 paid spins.  Here the minimum allowed stake is €0.10 and the maximum stake is €150.00 respectively.

This Chinese-themed slot game is set-up in a garden of water lily with lanterns of the pagoda. If you choose to play for real money, there’s a chance to win €0.15 to €30 on every spin. All you have to do is to hit the gold gong, which significantly increases your chance to earn rewards.

This Asian-themed slot game allows you to spin the twin reels and earn some rewards. If you spin 5-red sevens, you have a chance to increase your bet x500. The other key component in this game is the twin reel mechanic, which allows you to link to 5 reels that are adjoining.

This is one of the most popular offerings of Red Tiger Gaming that boasts the Megaways mechanic. Designed with an Oriental theme, this 6-reel slot game comes with 117,649 ways and its playable across devices. As a Megaways slot game, this comes with 3 exciting features that deliver Mega Coins that can dominate the reels, Dragon Coins, and the Blessing that can boost the value of your transforming symbols.

The promotion may have ended last April 5 but it doesn’t mean that you cannot play and enjoy these titles. When an Oriental-themed slot game rocks your boat, then these popular games at Royal Panda are highly recommended.

Written for onlinecasinosrealmoney.co.nz by Adiela de Bruyn on 07-04-2020