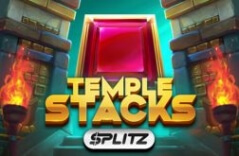 When it comes to the innovation on online casino games, the software vendors and game designers specializing in slot games often take the lead. By simply looking at their new releases, it’s easy to see how the slots-spinning experience has improved one title after the other.

Aside from differences in reel and payline configurations, the latest online slots releases also deliver innovative gameplay, features, and other effects. And one game designer that’s taking the lead in innovation is Yggdrasil Gaming. As one of the first suppliers to tap HTML5 through iSense, the company has consistently provided its slots with new features and tools. This 2020, the newest in-game feature available on selected Yggdrasil slot games is Splitz. In this thrilling new mechanic, players can count on enhanced engagement and improved winning potential.

With the Splitz mechanic, you can expect more action on the reels. Similar to the cascading feature which is also available in several popular slots, the game with Splitz will show the dropping of the reels on the reels. This movement builds the anticipation of the player since the symbols dropped will split into two, thus revealing more symbols. Under this mechanic, the feature can create up to 12 exciting symbols for every stack. And since the action will reveal the same symbol, it can create more lucrative winning combinations.

According to a press release from the company, this new mechanic on slots is a testament to the company’s commitment to innovation. And the team is excited to show off this mechanic in different Yggdrasil games and distribute these to partner casinos.

What Yggdrasil Games Carry the Mechanic?

According to the company’s press release, the first game to include the feature is Temple Stacks. As the title suggests, this new Yggdrasil game comes with an old Aztec and adventure theme. In this newly-released game, players can count on mystery stacks of symbols that can unveil a random symbol. Now, the question for players is this: what symbol will be shown and how many? The Splitz feature is random and it can happen anytime.

If you can land two scatters, these will become wild and reward you with the re-spin. If you can get another scatter, it can open up the free spins mode. The game also comes with other exciting features that can enhance your real money play.

Right now, this Yggdrasil slot is available in top online casinos for players from New Zealand. One popular casino that’s carrying this game is Casino Heroes, a brand owned and operated by Hero Gaming Limited. As one of the premier gaming destinations for NZ players, Casino Heroes constantly update its game portfolio with this Yggdrasil presentation as one of its latest games. Other fresh games to play here are Treasure Island and Mythical Mountains.

Written for onlinecasinosrealmoney.co.nz by Adiela de Bruyn on 30-01-2020