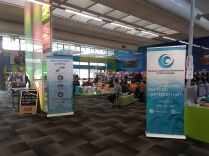 Gambling harm is a serious concern and the government of New Zealand now sees this as a policy priority. This is now part of the government strategy that was released last June 28 and is seen by many as new policy direction that can help the gaming industry. The new strategy was shared to the public by Jenny Salesa, the Associate Health Minister in South Auckland.

According to the new plan, the government will take the lead in the implementation of pilots and new services that can cost $60 million. Based on the timetable provided by the office, the program will run for three years which will start July 1.

This new plan follows the report that was filed last year related to addiction and mental health. In the He Ara Oranga research that was presented last year, it noted that harmful effects of gambling, particularly on the anxiety and the financial stress that it brings to families. And in New Zealand where different forms of gambling, the government is taking a pro-active stance on the issue.

According to several pieces of research, around 5 percent of the population is affected by gambling harm and roughly 37,000 NZ players are considered to have problems related to gambling. The researches add that the problems are common among the low-income group, hence the support that will be provided by the NZ government.

Varied Support Services for Those In Need of Help

In the announcement made by the Health Services, a part of the fund will be given to a pilot residential care which amounts to $500,000. Another $700,000 shall be awarded to peer support. Also, the government has approved an extra $2.3 million for new intervention that will be enjoyed by communities. The summary of the proposal also includes funding for online support and monitoring services that may be given to problem players.

The office did not share other details regarding the project and they acknowledged that some of the projects will take time. But what is clear is that part of the program is to come up with online support tools and technologies that can help players track and limit their activities online. The program also calls for residential care which will house only a small number of clients. This facility is only reserved for players who are considered to be severely addicted to the games. The facility and its services resemble that of the services received by problem drinkers.

Peer Support as a Critical Requirement

The funding for this new program will come from the levies paid by casino operators that are approved to operate in New Zealand.

Written for onlinecasinosrealmoney.co.nz by Adiela de Bruyn on 27-07-2019