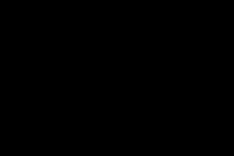 As the online gambling market in the US continues to augment in size, with more and more states approving legislation there has been an ever increasing number witnessing record figures in terms of their revenues.

Only recently, Michigan had a record October, after they passed legislation in January and the latest is Pennsylvania which has numbers of $761.6 million in wagers alone for its sportsbooks.

With numerous sports franchises available to bet on in the state, in addition to the fact that the NFL season is nearing its conclusion, plus the NBA also being in full swing, sportsbook revenue has been a major driver for online operators.

However, online casino has also represented a substantial spike as well, with customers having more choice than ever before at their favoured site.

Pennsylvania is one of the heavyweights in the US online gambling industry and customers can choose from a wide range of sites.

Both DraftKings and FanDuel are especially prominent there, in addition to the likes of Golden Nugget and BetMGM - the joint-venture between MGM Resorts International and UK conglomerate, Entain.

With surging interest, it appears that this is one area that will continue to grow in the state over the next few years, while many eyes will also be on the Super Bowl in February, particularly from a revenue perspective.

Will PA continue to be a major player?

While Pennsylvania is currently in the top three states when it comes to monthly revenue, just behind New Jersey, all eyes will be on the New York market in the coming months.

This is especially true due to the state having approved mobile sports betting in the state, with this set to go live in time for the Super Bowl.

It is widely anticipated that New York will knock New Jersey off the top spot for revenue, due to the fact that many residents in the state commute to New Jersey every month just to place a bet on their mobiles.

Michigan is also close behind Pennsylvania and having approved online gambling only in January, there is significant traction there and revenues continue to be beaten each month in the state.

California is also one to watch, with reports that this could soon announce the legalisation of online gambling, with this already a popular state for land-based casinos, while it also plays home to many sports franchises, including the LA Lakers basketball (NBA) side.

However, online gambling has existed in Pennsylvania for a number of years and it has continued to hold its own, especially during the global pandemic.

Written for onlinecasinosrealmoney.co.nz by Adiela de Bruyn on 29-12-2021