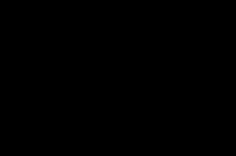 Buenos Aires represents a significant amount of potential, which could become the biggest market in South America when considering the amount of disposable income that online gambling companies can capitalise on.

Seven initial licenses have been granted with these companies eligible to operate in these two provinces, though there are stipulations that have been introduced. Each online gambling company requires a local partnership in place with a land-based casino, in addition to having a foreign counterpart.

Which online gambling companies have been approved to operate in Buenos Aires?

The principal wave of online operators that have received approval varies, with some of these being household names and others smaller, more boutique firms, however, significantly more are expected to follow over the next few months.

BetWarrior is one brand that has received approval, with this partnered with Hipodromo de Palermo racecourse and the Buenos Aires Casino, which also has plans in place to launch a mobile app in early 2022.

Another is the local operator Boldt which already has licensing approval in Santa Fe and recently closed a deal to have the placement of its brand, Bplay emblazoned across the shirts of the Argentine professional football teams, Estudiantes de La Plata and Velez Sarsfield in a 12-month agreement. They have in turn partnered with 888 Holdings as their international counterpart.

Perhaps one of the most notable operators to receive licensing approval is the William Hill owned brand, ArgentBingo which has linked up with Bingo Moreno, while fellow UK firm, Bet365 have recognised the potential of the market and joined up with Bingo Berazategui locally.

European giant Betsson has also secured an agreement with Casino Victoria, while Pokerstars enjoys a link up with Chivilcoy Bingo and software provider Playtech will join forces with Casino de Tandil.

What were the requirements of the licensing approval?

In addition to undergoing a due diligence process, operators were required to pay a licensing fee of $5.5 million Argentine Pesos, while the tax levy has been set at 15 per cent for the online gambling companies operating in Buenos Aires.

It is believed that the online gambling market in Argentina could be worth US$1.9 billion in revenue per year once it has become established. It could be that it is eventually the epicenter of online gambling for South America, in the same way, that Malta is in Europe.

Although not having as strict a regulatory approval as some of the other markets around the world, it is likely that legislation for companies will tighten over the next few years and more governance is put in place.

Written for onlinecasinosrealmoney.co.nz by Adiela de Bruyn on 02-12-2021