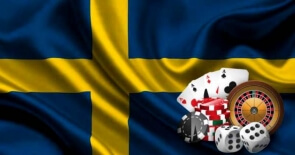 Arguably one of the most thriving online gambling regions in the world, Sweden has been a hotbed in the industry over the last few years.

The country has long had a history in online gambling, with multiple Swedish-owned companies opting to choose the capital city, Stockholm as their headquarters. With the likes of operator groups such as Betsson and the Kindred Group, which has brands, 32 Red and Unibet under their umbrella as well as software provider groups such as Cherry AB who own Yggdrasil Gaming, this is certainly somewhat of a powerhouse.

Despite having such a good standing in the country though, the industry only became regulated for residents and operators in January 2019 with a license fee costing between SEK 400,000 to 700,000 to obtain, with each one being valid for a maximum of five years, with a tax of 18 percent for each company.

Since then, the market has gone from strength to strength. Online casino Mr Vegas has become the 100th licensee in Sweden via the country’s regulator Spelinspektionen. This means that the operator can now offer its services to players in the Scandinavian region.

With over 2,000 online casino games which include slots, table games such as blackjack, baccarat, roulette, and poker, plus scratchcards and a live casino boutique, this latest development offers a considerable amount of potential for the growing brand, which also has a license from the MGA (Malta Gaming Authority).

During November 2020, Spelinspektionen relayed revenue figures of SEK 6.04 billion, which was a year-on-year increase of 1.3 percent. In the three-month period, online revenue was also up by 5.8 percent, despite the SEK 5,000 online casino deposit limit which was imposed temporarily until the end of 2020, though has since been extended until June 2021.

How much of a success can Mr Vegas be in Sweden?

Based on figures reported from current brands that have been operating in the country over the last few years, should Mr Vegas be able to get its marketing strategy and value proposition right, then there is no reason why this can’t continue on its already successful trajectory.

Swedish online gambling giant, Betsson recently referred to the upside for operators within regulated markets indicating that the gambling industry is continuing to change at a rapid rate, with their assessment being that bigger revenues from regulated markets, will help to contribute towards a considerable increase in operating profit for brands.

This is a positive sign for the newest brand to enter the Swedish market. Having only been established in 2017, they have shown substantial staying power in an industry that is one of the most competitive in the world.

Arguably one of the biggest selling points in addition to its vast library of slots and games is the generous welcome bonus, with players in Sweden often struggling to find much differentiation with these, in terms of what is available to them.

Also, boasting one of the most impressive GDPs in Europe at USD5 30.9 billion, Sweden has one of the highest levels of disposable income per person and a significant penchant for gambling among its residents. It represents an ideal opportunity for a brand such as Mr Vegas to gain a considerable share of the industry, in a market where the competition is still very much quite low in terms of major operators.

Although they are the 100th operator to be granted a license in the country, there are many that are also just as new to the market who do not have the type of clout behind them that Mr Vegas has.

Written for onlinecasinosrealmoney.co.nz by Adiela de Bruyn on 03-02-2021