Blackjack Switch, Pontoon, Multi-hand – Everything You Need to Know

Blackjack has been in existence for centuries. It’s hard to pinpoint any other casino card game that has been in existence for such a long time. And despite its age, Blackjack has managed to maintain its popularity. As you’d expect from a game that’s as popular and old as Blackjack, there are numerous variations. Many of these follow the basic blackjack rules but with some slight variations here and there.A few decades ago, you had to plan a trip to Las Vegas to enjoy the game. But today, you simply go online and log in to your favorite online casino (assuming you have one). Of the many different variations, there are three that stand out; Pontoon, Multi-hand, and Switch. If these confuse the hell out of, you’re in luck. In this piece, we’ll break them down for you. By the time you’re done, you’ll be a blackjack guru (somewhat). 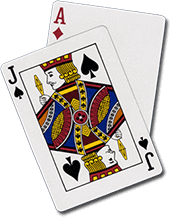 How These Blackjack Variants Work

Now, before we dive into how the Blackjack variants work, let’s have a look at the rules of Classic Blackjack.

1. Classic Blackjack
This version is simple; provided you know the basic rules. But even if you don’t, the rules are easy to pick up. The basic rules are; - The goal of the game is to form a hand with a value equal to 21 or closer to it than your dealer’s hand.
- The numbered cards are valued the same as their face value. The aces are either 11 or1. Jacks, Kings, and Queens are 10
- Both the player and the dealer get two cards each. The player is dealt cards facing up. Only a single dealer’s card is dealt face up
- A player can then ‘stand’ or ‘hit’ with a former card availing an extra card. The latter holds the cards at the current value

Understanding these classic Blackjack rules will get you started with the game and help you better understand the little differences with other Blackjack variations.

2. Blackjack Pontoon
There are two variations of Blackjack Pontoon. These are Malaysian Pontoon and British Pontoon. Needless to say, these two can be confusing. As such, we advise that you familiarize yourself with both to avoid any inconveniences. Players in Singapore, Australia, and Malaysia play a version similar to Spanish 21 while those in the UK play a version similar to Classic Blackjack.

The goal is similar to that of Classic Blackjack – creating a hand equal or close to 21 without exceeding it. Also, it’s worth pointing out that the value of the cards is similar to that of Classic Blackjack. So you don’t need to pay special attention to that. One deck of cards is enough. However, if there are more players involved, more decks can be included.

With that said, there are some differences between Classic and British Pontoon Blackjack. British Pontoon is played with two players. But the best number is between 5 and 8. In this variation, one player is randomly chosen to be the banker. They do this by randomly drawing cards. The player with the highest valued card gets to be the game's banker. Being a banker is favorable. It has a statistical advantage it’s because of this that it’s necessary that the banker is picked randomly. In the event, a player and a banker tie, the rules state that the banker automatically wins.

Each time a player has a hand that adds up to 21 they call it a Pontoon instead of Blackjack. This hand usually consists of only two cards. One of these cards has to be an Ace. The hand that comes in second is called the Five Card Trick. And as the name suggests, the hand is made up of 5 cards totaling to 21 or less. Instead of a 3/2 payout like in classic Blackjack, these hands have a 2/1 payout.

Unlike in Classic Blackjack, the dealer’s cards are dealt facing down on British Pontoon. This changes the entire course and strategy of the game.

In this Blackjack variation, the rules are similar to Spanish 21 (another Blackjack variation). The Malaysian Pontoon excludes all cards valued at 10 from the game. Players use between 6 and 8 decks of cards. This number varies depending on the casino.

In this Blackjack version, the dealer doesn’t sneak a peek for a Blackjack. Usually, this rule works in favor of the casino since players end up losing more money when they double down or split against the power position of the dealer.

Note: though the re-splitting move is allowed in Spanish 21, it’s not allowed in Malaysian Pontoon. In Malaysian Pontoon, there are some restrictions tied to surrendering. You can only surrender when a dealer’s up card is an ace or a face card. In the event your dealer gets a Blackjack, even when you surrender, you lose it all. Things got serious quick right? Well, in a game setting, not knowing would have cost you a fortune. It’s important that you familiarize yourself with the rules before you hit the road running.

This is yet another famous Blackjack variation. It has become popular owing to the fact that players can play several hands which spices up the game. This variation is perfect for adventurous persons who despite loving Classic Blackjack, are in search of something new and exciting.

Now, the Multi-hand Blackjack goal and rules are similar to the Classic Blackjack. However, there are some twists which make it different. For one, as a player, you’ll be competing against your dealer and will make decision-based on the up card and the total value of that specific hand.

Additionally, players get to make several different mores and place several bets since the game allows playing many hands. At the beginning of the game, you’ll have the chance of deciding how many hands you want. The maximum hands a player can have is 5. During the game, each hand is played individually and the wagers need not be equal.

In addition to the above, players don’t have a surrender option. But instead, they can insure themselves against the ace from the dealer. Two decks are used to play Multi-hand Blackjack and the payout is 3/2.

In addition to the above rules, doubling down is allowed on any hand while splitting is done for a maximum of three times.

The main difference is that players have two hands instead of one. The second-hand helps them to make the switch. Only the top card is switched to improve the hands. In order to play the hands, players are required to place different but equal bets. The decks used can range from 4 to 8. The payout in Switch Blackjack is 1/1 instead of the normal 3/2.

You can choose to double down on any card. You can also re-split but only 4 times in a game.

And there you go. Everything you need to hack and win that Blackjack game. But remember, the rules might change slightly from the above depending on the casino. So be sure to read the rules before you dive in head first.